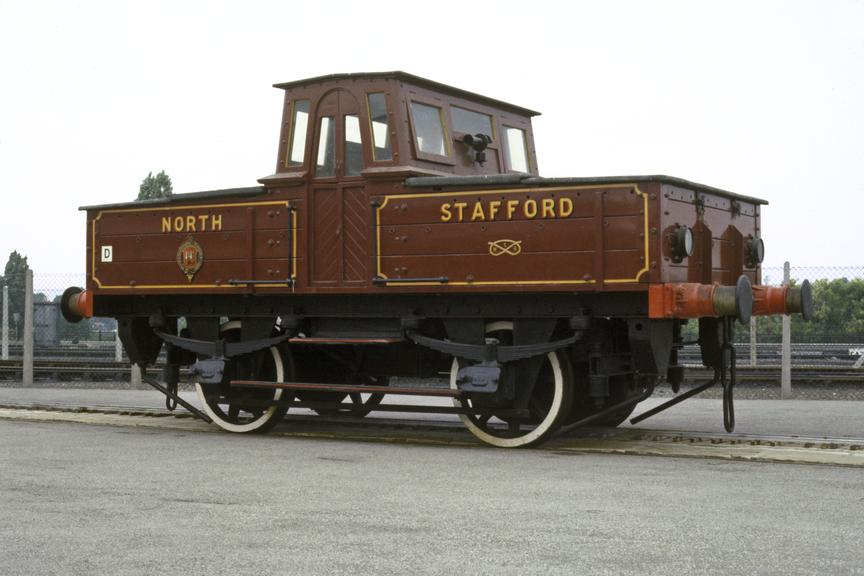 North Staffordshire Railway (NSR) No. 1 is one of only two battery electric locomotives to be employed by a main line company. The other was built by Midland Railway in Derby in 1913 for shunting at Poplar docks.

No. 1 was built according to the specification of NSR’s Locomotive Superintendent J A Hookham and Electrical Engineer A F Rock. It was designed to be able to contend with the narrow internal railway of Thomas Bolton & Sons Ltd. Copper Works; the locomotive worked at Bolton’s Oakamoor Works for all of its working life, from 1917 to 1963.

When No. 1 started work in 1917 it replaced three shunting horses, although two horses were still used and stabled at Bolton’s Copper Works until about 1941. On one charge, No. 1 could run for up to six hours and haul a load of more than four times its weight at 11mph, a fair speed for a shunter.

During its working life NSR No. 1 only ever had two drivers. Its first driver was Arthur Adams, who joined the Locomotive Department of NSR in November 1916. After his untimely death in 1932, he was succeeded by Bill Prime, who first joined NSR as a Porter at Longton. Prime drove the locomotive until its withdrawal from service in 1963.

The locomotive entered the National Collection in 1975.