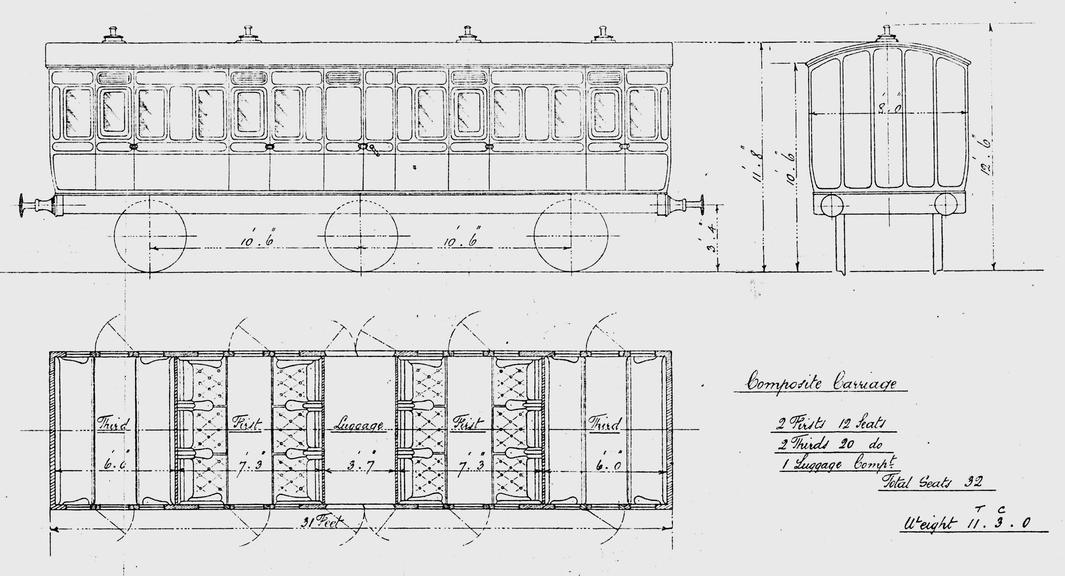 This carriage, built in 1885, is a typical example of those built for the ordinary passenger by many British railway companies during the later years of the nineteenth century. The coach comprises both first and third class compartments, making it a ‘composite’ carriage.

In 1875 the Midland Railway had abolished the second class of carriage, with their third class coaches being scrapped and the second class coaches becoming the ‘new’ third class. Furthermore, the company reduced first class fares to the former second class levels. The company also began to build some of the most comfortable new carriages for the ordinary travellers. Compartments were large, seats were better sprung and neatly upholstered. The effect of these moves was to provide upholstered accommodation for all travellers and to attract passengers from rival lines.

When built, carriages of this type were lit by oil lamps, but from 1892 most were fitted for burning oil gas, and gas cylinders were fitted for this purpose. Around this time some of the coaches had the central luggage compartment replaced by lavatories for first class passengers. The coach is finished in the famous Midland livery of crimson lake, generally dating from c.1883. The lettering and lining details are those in use until 1906 when some simplifications were made, including large figures on the doors instead of the words ‘first’ and ‘third’.