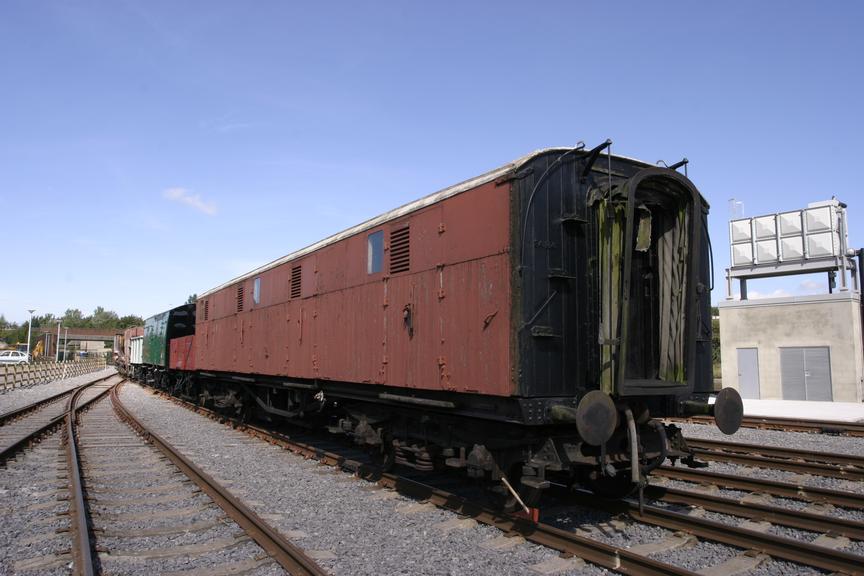 GWR Siphon (bogie milk van) No. 2775, 2004.
Science Museum Group Collection
© The Board of Trustees of the Science Museum

The Great Western Railway served the rural West of England and as such had to transport lots of milk traffic. The Siphon series of van was named after the GWR telegraphic code for ‘milk van’. These telegraphic codes were used to shorten messages sent between railway stations and GWR officers.

Siphons had appeared as early as the 1870s, although this example was built in 1936 and is a Siphon G, of which over 130 were made.

The Siphons continued to be built and used into the British Railways era. By 1957 this example had been withdrawn.