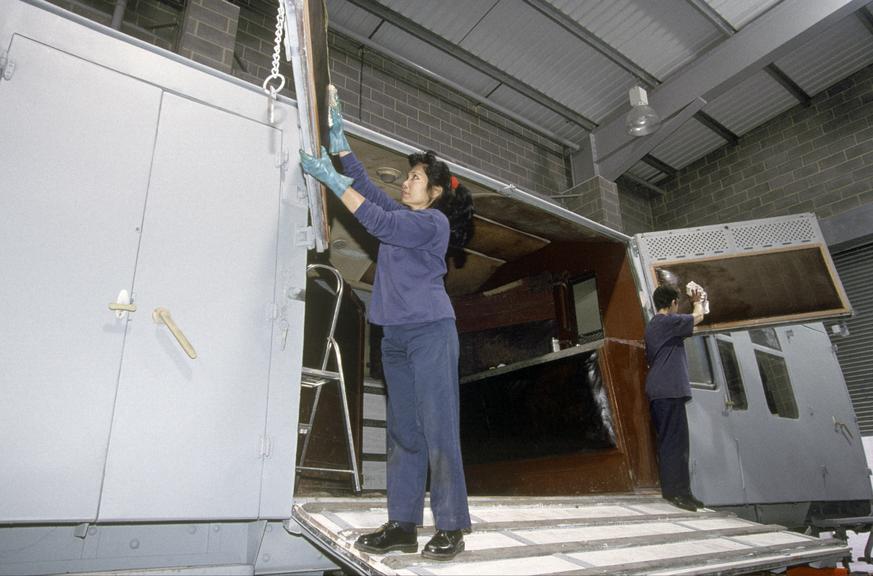 BR horse box HB No S96369 restoration.
Science Museum Group Collection
© The Board of Trustees of the Science Museum

In the mid-20th Century the railways transported large numbers of horses, many of them to and from race meetings. Special vehicles were used, capable of being attached to express trains. This is an example of one of those built by British Railways at Earlestown for use on the Southern Region. In the centre there are stalls for up to three horses with a grooms’ compartment and lavatory. At each end there is storage space for fodder.

The horse box was restored and painted in Southern Region Malachite green, now looking as good as the day it was delivered for use in 1957. To gain this finish the horsebox was scrubbed down to bare metal, filled and given five coats of paint and two coats of varnish.

The restoration work was supported by the Friends of the National Railway Museum.