Bridge used to span the River Gaunless at West Auckland 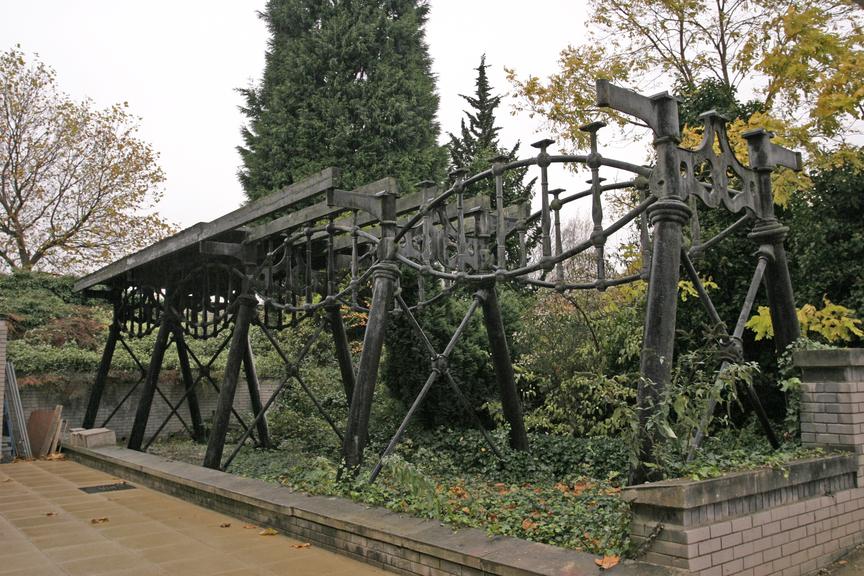 In 1821 George Stephenson was appointed to make a survey for and mark out the proposed "Rail Way" from Stockton to the Auckland Collieries via Darlington. He was then almost 40, a successful self-educated engineer concerned with stationary and locomotive engines and colliery railways.

A year later Stephenson was made Engineer to the Stockton & Darlington Railway Company and construction of the line commenced, supervised by two Resident Engineers working under him. Despite severe weather late in 1823 and many difficulties with earthworks on the line, Stephenson was able to report in December that the Gaunless had been spanned by the iron bridge designed by him and cast by Burrell and Company of Newcastle.

In 1925 a fourth span was erected following flooding, and the bridge came into use when the line was opened on 27th September 1825. The branch used horse traction until 1856 when it fell into disuse.

The bridge remained intact until 1901 when it was dismantled. It was later re-erected in the Queen Street Museum, York for its opening in 1928. It was re-erected at the National Railway Museum in 1975.

The five pairs of cast iron columns and cross beams are connected by girders of 12ft 6in span: these are of bent wrought iron bars with cast iron vertical posts which support the longitudinal deck members and track.

'None but Company's horses' notice (notice)