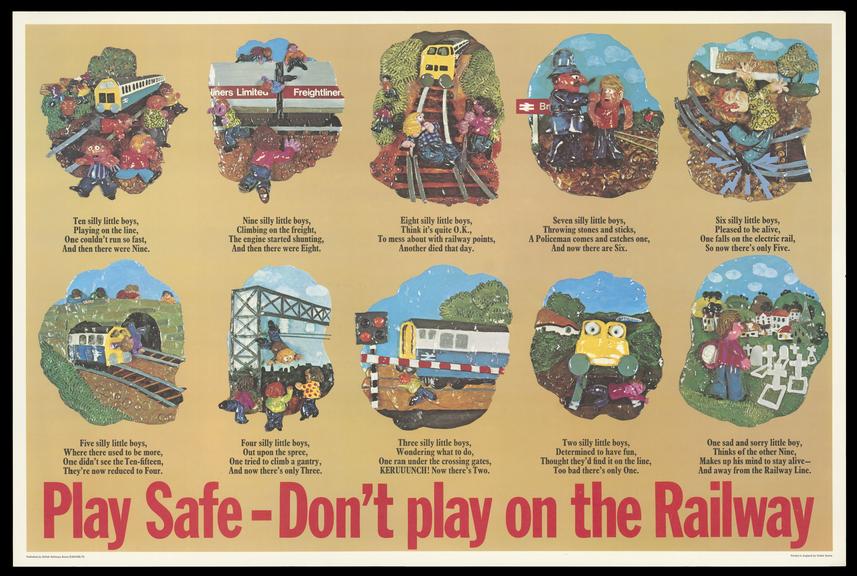 British Rail poster, Play Safe - Don't Play on the Railway, 1973
Science Museum Group
© The Board of Trustees of the Science Museum

British Rail safety poster, Play Safe - Don't Play on the Railway, 1973. This poster was intended to discourage children from playing on the railway.

It features ten scenes, created in ceramics, showing boys playing on the railway with shocking consequences. The images are accompanied by a counting down rhyme, with the repeating verse "and then there were...".

Eight of the children are killed as they are variously hit by trains, fall from a gantry or from a moving freight train. Another is arrested for trespass, while the tenth boy decides to stay away from the railway while visiting the graves of his friends.

The poster was published by the British Railways Board and printed by Collier Searle Ltd.

The counting down rhyme used on the poster is based on the words of a racist minstrel song published in the United States in the 1860s.

The Queen of Scots Pullman (poster)