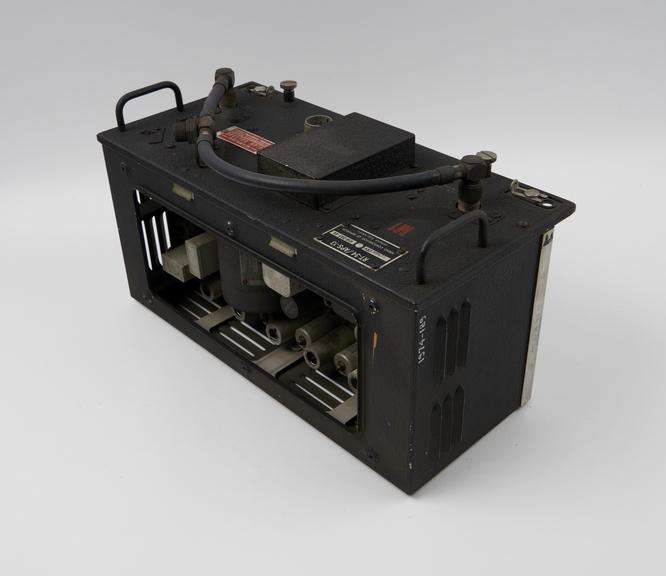 The equipment used a directional aerial in the rear fin for both transmission and reception, the main lobe of transmission being such that there was half field strength at plus or minus 45 degrees vertically and 30 degrees horizontally. This cone of coverage was tilted slightly upwards, to provide warning of aircraft diving from steep angles. When an aircraft came within this cone of coverage, pulses sent out from the transmitter were received back in the receiver section of the equipment, and used to operate two warning devices, a red lamp and a bell, situated in the pilot's cockpit.

The AN/APS-13 (also referred to as the RT-34 or ‘Monica’ Mk. 7) was a tail warning airborne radar detector designed to warn the pilot of an aircraft of the approach from behind them of another aircraft, between the range limits of 200 and 800 yards. It was made in the USA and was used in the rear tail of Second World War bomber aircraft such as the B-17 bomber and also in British bomber and fighter aircraft after the Second World War and possibly during the war too.