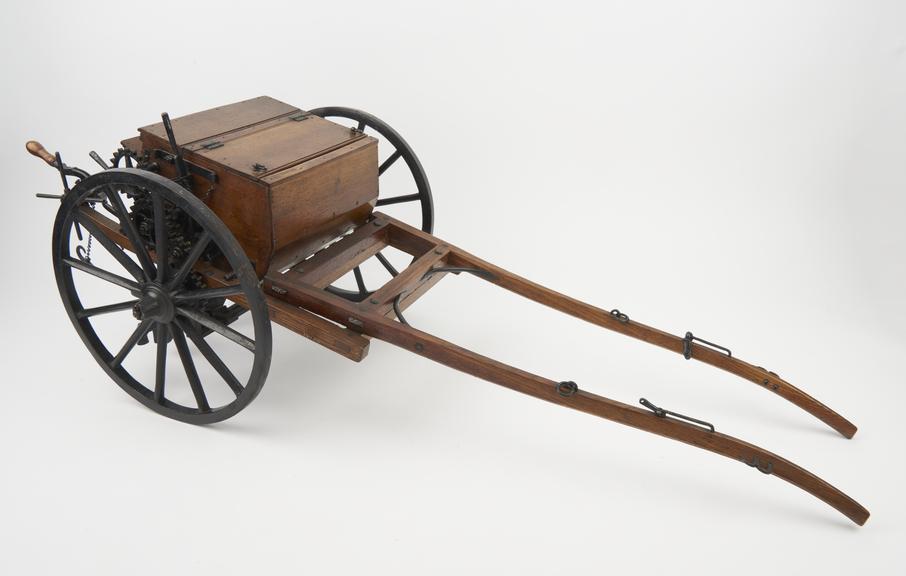 Seed may be sown in one of four ways' it may be broadcast by hand or by seed fiddle, dibbled or drilled. The earliest method was to broadcast the seeds by hand although there is evidence that from 1700-1200 B.C. the Babylonians used a drill plough. Interest in drilling was practically non-existent in this century until it was stimulated primarily by the introduction of the turnip in the 17th century. In 1600 Sir Hugh Platt in his book "The setting of Corn" recommended a method for dibbling wheat, and in 1669 Worlidge suggested the drilling of wheat and outlined a machine for the purpose. The latter when constructed failed to work.

It was not until Jethro Tull produced his drill and horsehoe about 1700 and his book "Horsehorseing Husbandry" in 1733 that the first practical steps towards drilling were taken. Interest increased during the early 19th century and by 1860's, seed drills were of modern design in all essentials.

It was realised during the 19th century that the liquid obtained from pits below the stables and cattle stalls, when diluted with water and fermented, made a useful manure which returned potassium, phosphorus and ammonia to the soil.

This particular drill, based on the Chandler drill but with improvements in construction and in the method of distributing the manure, was pateted by Mr. R. Reeves in 1854. It was suitable for root copes such as turnips ad mangolds. Revolving parts in the trough ensure a steady flow of manure and the crop is distributed evenly by the sowing mechanism.