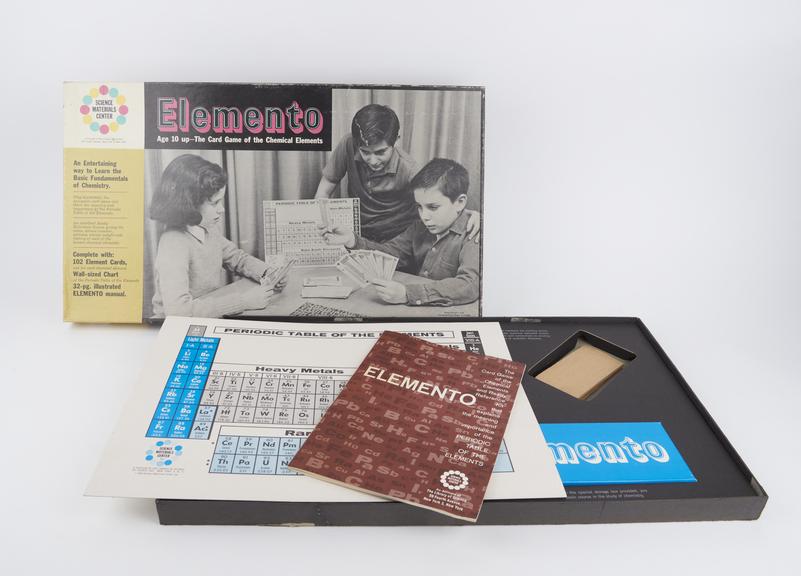 'Elemento', boxed educational chemistry game based on the elements of the Periodic Table by the Science Materials Center, Inc., a division of the Library of Science, New York, USA

Elemento is a card game in the style of rummy, but the playing cards represent chemical elements. Each playing card gives the atomic number, atomic weight and valency of the element. Although designed for children around the age of 10+ (judging by the photo of the children playing the game on the cover), it introduces sophisticated concepts in quantum mechanics such as the discrete energy levels in an atom occupied by electrons and electron spin. The instruction manual includes photographs of scientists working at Brookhaven National Laboratory, New York, which was home of the Cosmotron particle accelerator.

The game was created by Samuel Podgor, a physicist at the United States Naval Research Laboratory. Information on the element cards was provided by Abraham Breslau, a chemistry instructor at Queens College and Bushwick High School, in Brooklyn, New York. The instruction manual and production were managed by Hy Ruchlis, Educational Director at the Science Materials Centre, an affiliate of the Library of Science, New York, New York.

An aspirator for use with a hygrometer.