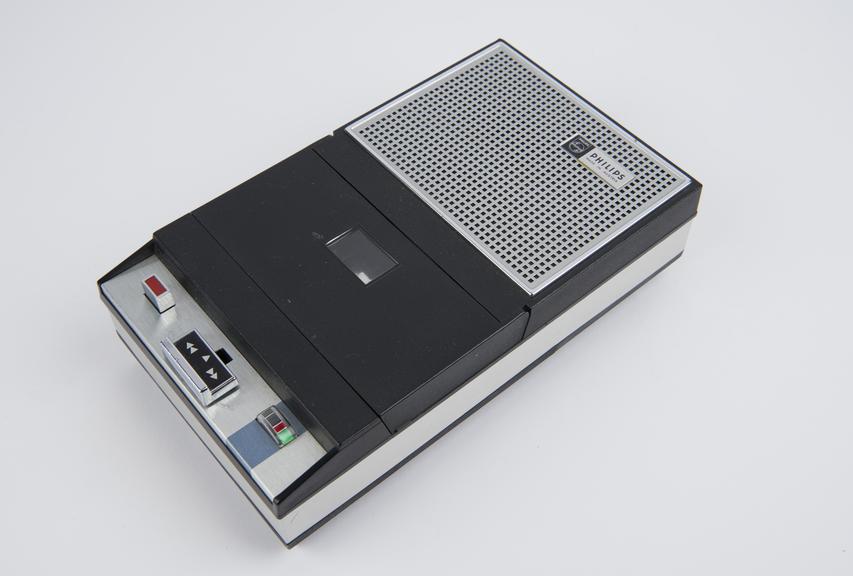 The EL-3302 (EL3302) was a mono compact cassette recorder made by the Philips Company in 1967. Manufactured to a mass volume and produced in many countries, the majority of the earlier units came from Austria. This was a player and recorder, with built in erase bias for a separate erase head providing high quality audio reproduction from compact cassettes. It has a full range of tape control features including fast-forward, rewind, and play. The pause function was a switch on the microphone, which simply cut the power to the motor.

The unit is only 20 cm × 11.5 cm × 5.5 cm in size and packed with electronic and mechanical engineering. Removing the plastic shell reveals a metal die-cast chassis. The tape transport mechanism, and control linkages are metal and reliable. All the pulleys, and drive wheels, including the capstan flywheel are metal.

The internal circuitry, built on a copper clad printed circuit board, has a rich assortment of components. The component density is high, which is why the resistors are in an upright position. The circuit uses ten metal-tube germanium transistors, which are AC12x series. There are two transistors in a "Class A" arrangement form the audio power output circuit, whilst five transistors form the record / playback circuitry.

The unit also houses a small separate PCB consisting of a two-transistor circuit, which forms the voltage and speed regulator circuit of the capstan motor. The earlier models of this tape recorder did not have the speed regulator, and this appears as a later addition. Five "C" sized dry cells, or an external 7.5 V adapter powers the unit.

The Philips EL machines proved so popular that it would remain in production for many years with hundreds of thousands of units sold. The adoption of the standard that followed led to a huge swath of related technological applications that had not been envisaged by its maker; for Philips, the unveiling of its new Compact Cassette tape and accompanying recorder was about enticing people to buy a fuss-free portable recording system.