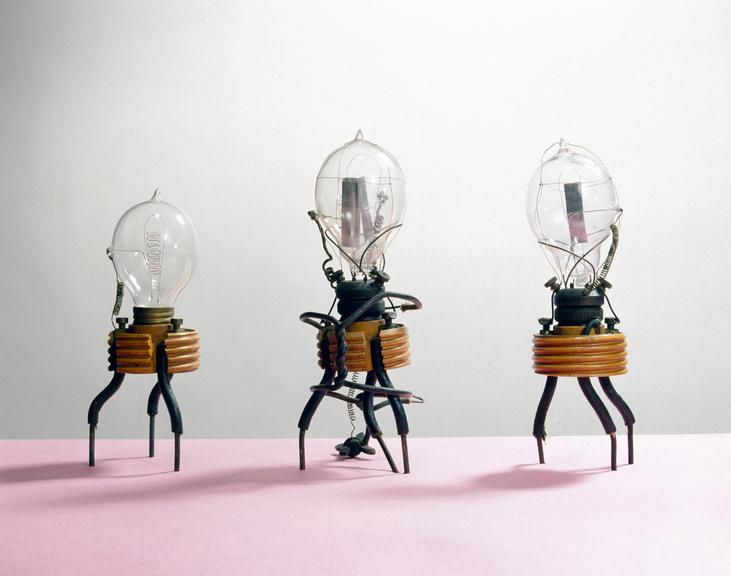 This is one of the original valves used by Sir John Ambrose Fleming in his research during 1889 into the 'Edison Effect' - where an extra electrode connected to the positive end of the filament inside a carbon filament light bulb would create a small but measurable charge. After being stored in a cupboard for several years, the valves were once again put to use in 1904 during some experiments by Fleming, resulting in the invention of the two-electrode valve. A few years later American engineer Lee de Forest improved on Fleming’s valve to invent the audion, or triode, which could amplify as well as detect signals. A long and painful legal battle over patent rights for the thermionic valve followed between Fleming and de Forest.