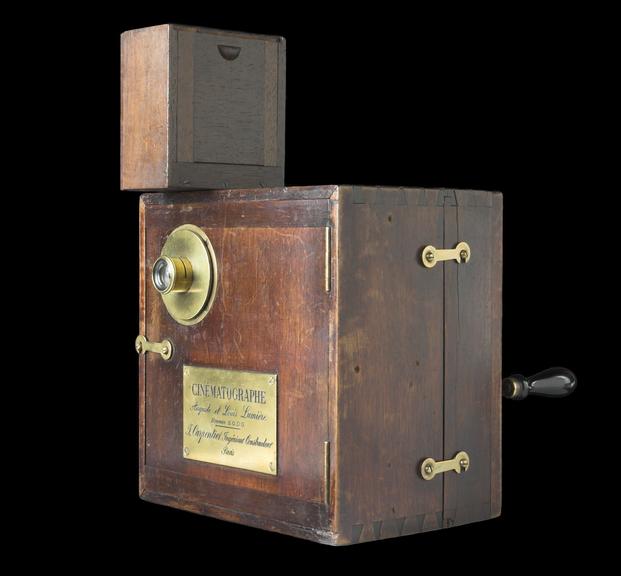 The Cinématographe was a camera, printer and projector designed by brothers Auguste and Louis Lumière. It was first demonstrated at a scientific meeting in March 1895. The Cinématographe was used to present their first cinema show to a paying audience on 28 December 1895 at the Grand Café on the Boulevard des Capucines in Paris.

Unlike Edison’s electrically-powered Kinetograph camera, the Cinématographe was small and hand-cranked, so films could be shot anywhere – in town or country, in exotic foreign locations, even from moving vehicles. The Lumières quickly seized the commercial opportunities of their invention, establishing agencies in many countries.

Around 450 Cinématographes were made. This particular model, from the Sarosh Collection, was purchased by an Indian photographer, Harishchandra Sakharam Bhatwadekar (known as 'Save Dada') at a cost of 21 guineas, after seeing a demonstration by a Lumière agent in Bombay.

In 1901 Bhatwadekar used the camera to make what is thought to be the first Indian news film - showing an Indian student's return from Cambridge University. Bhatwadekar went on to film the 1903 Delhi Durbar, organised to celebrate the Coronation of Edward VII.