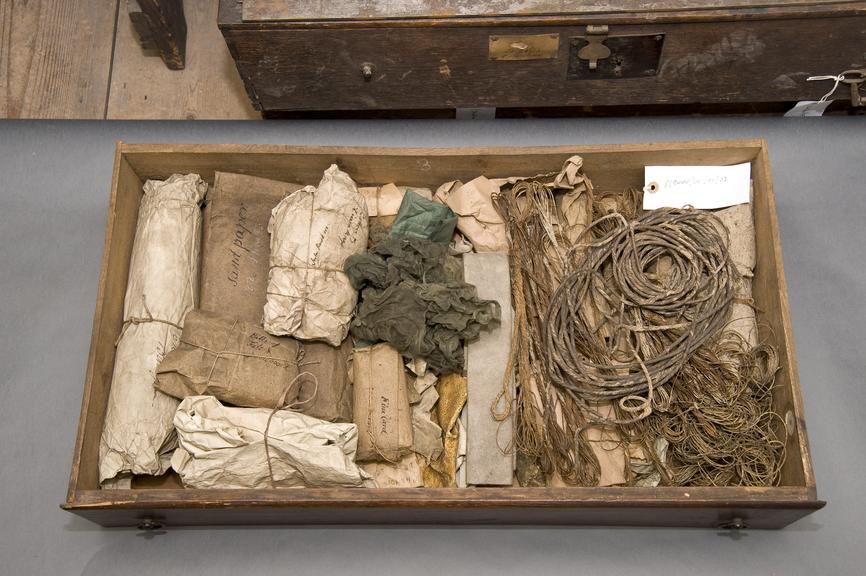 A paper wrapper, endorsed "Cotton & Linen Rags", also "Ink Powder", containing a loose mass: several small strips of rag, pieces of tape, wisps of cotton wool, what appears to be natural wool and other fibres. The mass also contains, presumably by accident, some wood shavings. One strip of rag is a piece of furnishing fabric with a printed design of a conventional flower between vertical borders, in brown, red, yellow, green and blue on a plain ground. Both endorsements appear to be in Watt's handwriting, the second indicating that the wrapper was reused.