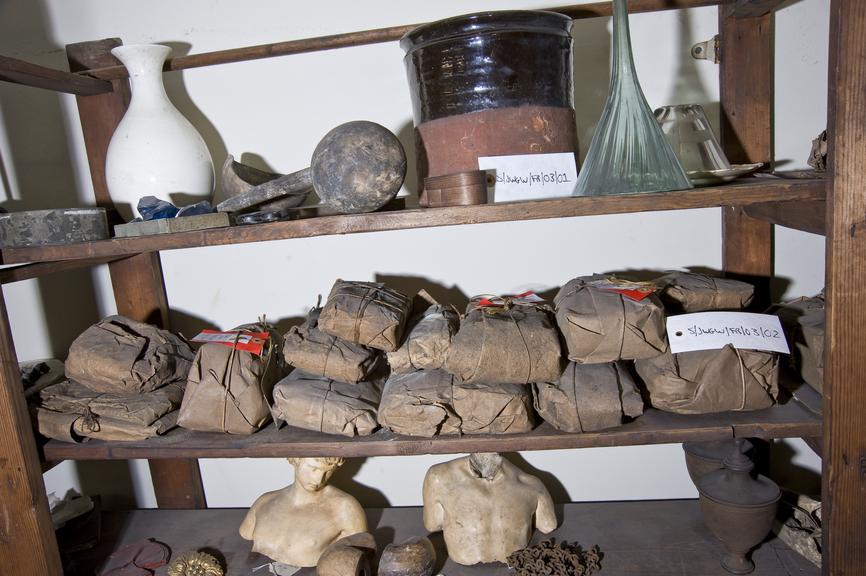 This item is part of a broad group of substances which Watt collected and stored in his workshop. They comprise different quantities, each individually placed in a packet or box, and usually labelled in Watt’s hand. The substances reflect Watt’s very wide chemical interests, from making the ink for his letter-copying presses, to ceramic glazes and dyestuffs (Turkey red, for example), then latterly chemical compositions to protect the surfaces of plaster casts while they were used in the workshop’s sculpture copying machines, and even the ingredients of the plaster casts themselves. It is also possible that Watt kept some substances for their medicinal qualities, relating both to his interest in pneumatic medicine, and the need to keep his family in good health.