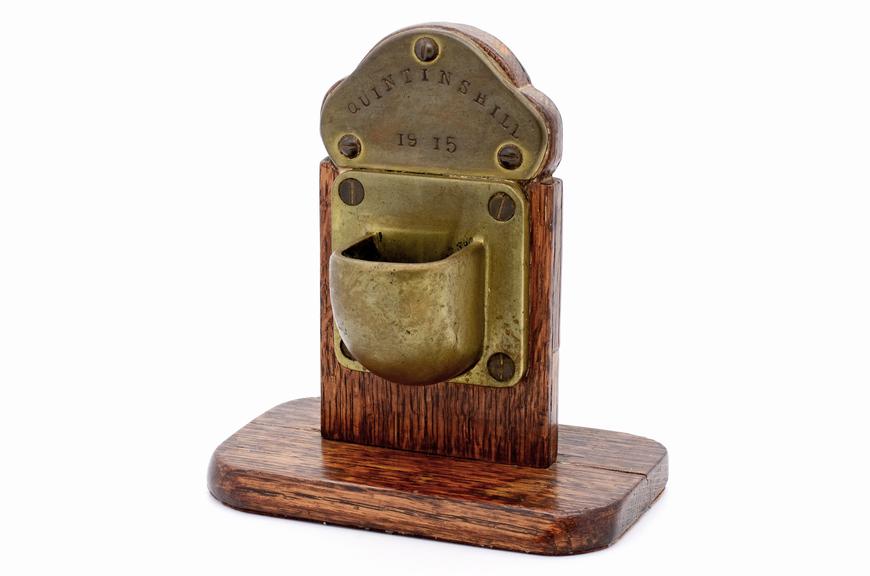 © The Board of Trustees of the Science Museum, London

The accident at Quintinshill remains Britain’s worst railway disaster. A double collision, the disaster claimed the lives of over 200 people.

Quintinshill was a small block post near Gretna Junction, just over the Scottish border. On the morning of 22 May 1915, circumstances had conspired that three trains were standing at Quintinshill – a goods train on both the up and down loop, and a local service train on the up main line. The signalmen, distracted by passing the time of day, failed to realise that accepting a fourth train, a special troop train travelling to Liverpool, would cause a collision.

The troop train, drawn by express engine No. 121 came into sight, travelling very fast and collided head-on with the local train. The local train was sent careering across the track, and the troop train’s fifteen carriages were smashed to smithereens. As if this were not awful enough, more tragedy was about to strike.

To compound their negligence, the signalmen had not set the signals to stop another Scottish express which was travelling from Euston. Despite the local train’s guardsman and the crew of one of the goods trains’ best efforts, the driver of the Scottish express could not stop his train. It was being pulled by two four-coupled bogie engines and all in all weighed over 600 tons. It crashed into the wreckage, mowing down many of the survivors of the first collision.

The Great Central rolling stock of the troop train was gas lit, and as it crashed coals from the engine ignited the gas, spreading the flames aggressively across the whole train. By the time the fire was completely out all 15 coaches of the troop train, four from the Scottish express, and five goods wagons had been completely destroyed by the fire. A final death toll was never established as the service rolls of the troops on the special train was destroyed in the fire.

Speculation has been rife about the suggestion of mercy killings and suicides of some soldiers trapped in the troop train, as well as cover-ups and negligence on behalf of the train companies.

The signalmen responsible for the disaster were both charged with manslaughter (in England) and culpable homicide (in Scotland) but were released in 1916 and returned to work on the railways.