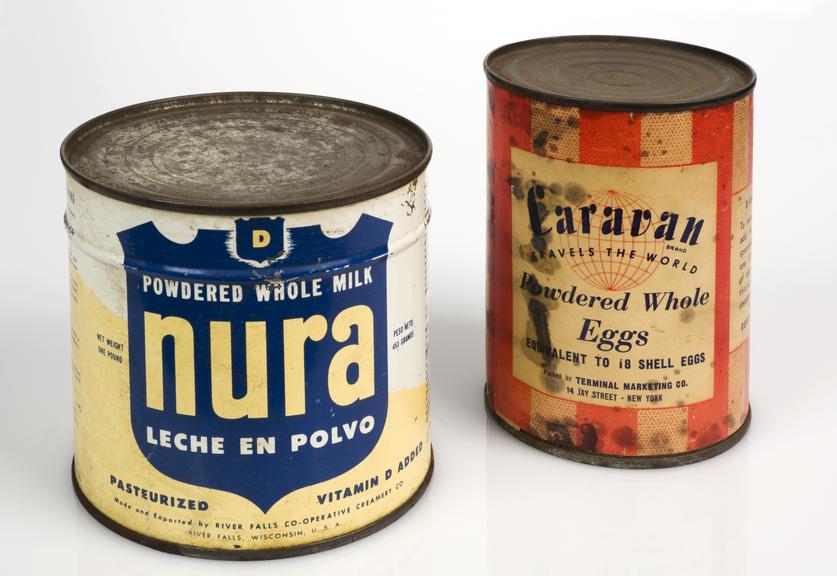 Two tins of food rations, powdered egg and milk, for civilian use, USA, 1939-1945. Full view, white perspex background.
Science Museum Group Collection
© The Board of Trustees of the Science Museum

During the Second World War, sugar, meat, butter, cheese, eggs, milk, tea and chocolate were in such short supply in Britain that they were eventually rationed. Powdered foods such as milk and eggs were one way to supplement supplies without resorting to the illegal ‘black market’.

These two tins were among the huge amounts of food and other commodities supplied by the United States during the course of the war. They were transported by merchant ships, which had to negotiate the perils of German submarines in their journey across the Atlantic Ocean.

credit:
On loan from the Imperial War Museum