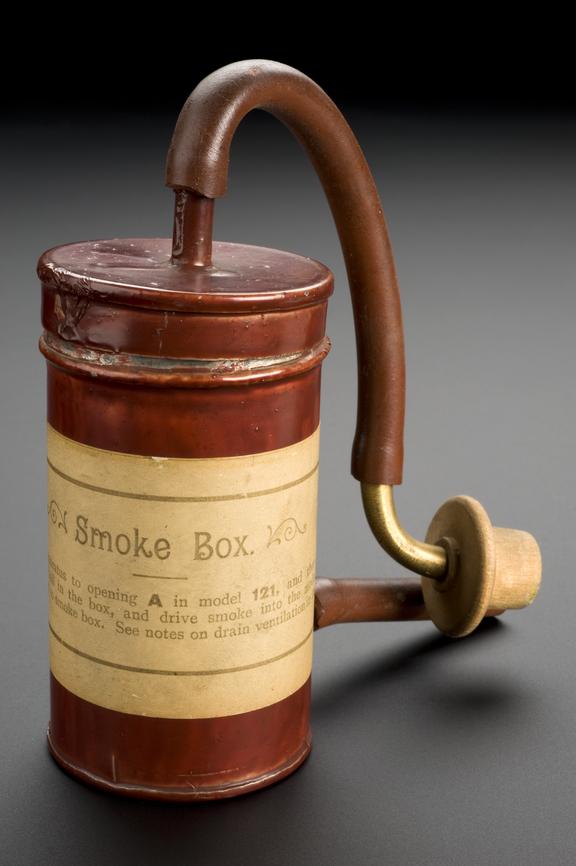 Red metal model smokebox with label, Two rubber tubes coming off of the object one from top and one from base. Top has a metal and wooden end, and the base is red rubber. Text reads: 'Smokebox: connect to apparatus to opening a in model 121 and then place an ignited smoke ball in the box, and drive smoke into the model by aid of bellows attached to smokebox see notes on drain ventilation in instructions. Part of a collection of small models of sanitary appliances, to be used for instruction in hygiene, in cabinet