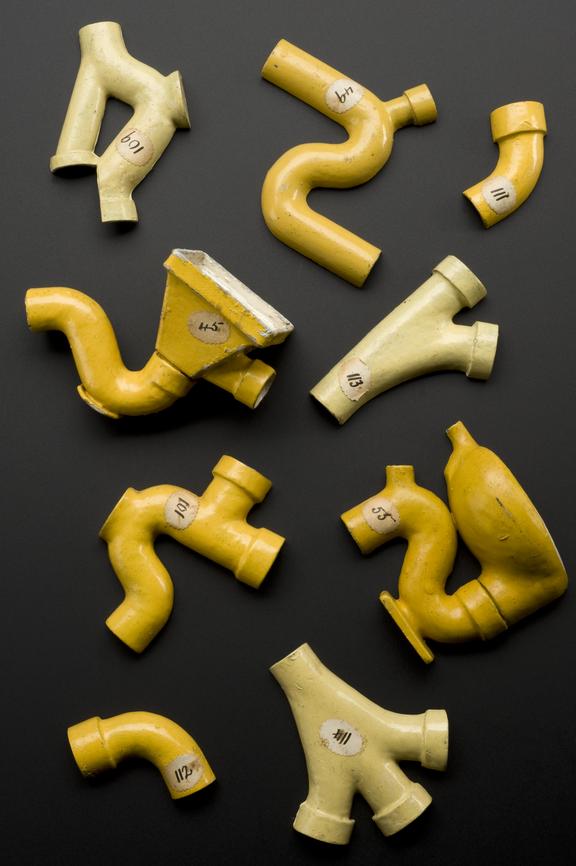 South Kensington Hygiene cabinet. Detail view of pipes including sections.
Science Museum Group Collection
© The Board of Trustees of the Science Museum

Yellow metal model of pipe with square funnel-like top. Sticker marked 45. Part of a collection of small models of sanitary appliances, to be used for instruction in hygiene, in cabinet