One of two prosthetic legs, adapted for a teenage user 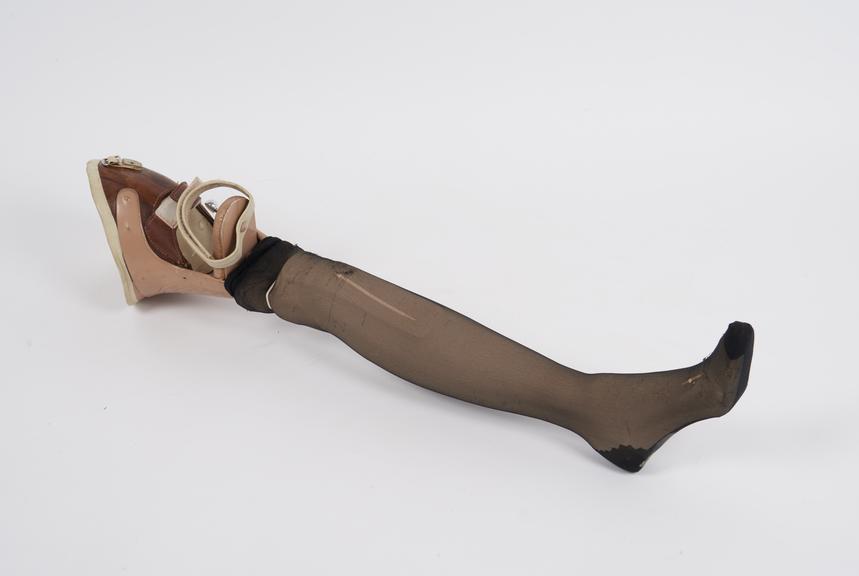 One of a pair of artificial/prosthetic legs, adapted for a teenager user living with thalidomide impairments, to wear high heeled shoes with nylon stockings, made by J E Hanger and adapted by a limb fitter at Queen Mary's Roehampton, United Kingdom, 1975-1985