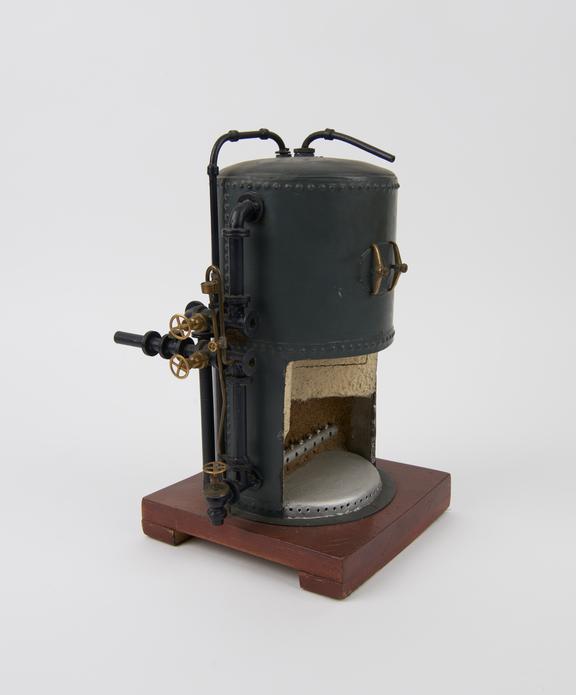 This model represents a plant for softening hard water continuously, on a large scale, by the "Permutit" process, introduced by Gans in 1905.

Permutit is the name given to an artificially prepared hydrated silicate of sodium and aluminium. Similar compounds occur in nature as minerals known as the zeolites.

The permutit bed (white) is contained in a cylindrical iron vessel and rests upon a layer of clear sand (brown) which serves to clarify the water after its passage through the permutit.