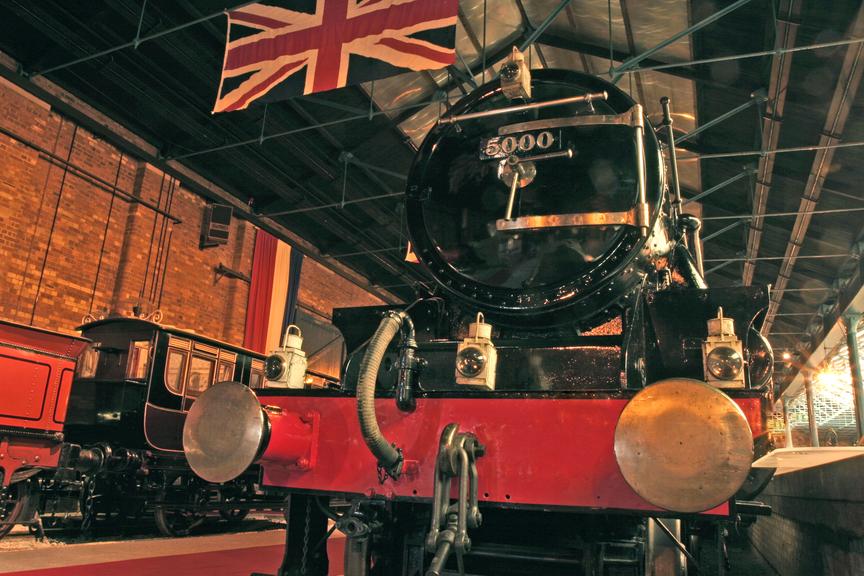 This is an example of William Stanier’s Class 5 steam locomotive, nicknamed the Black Fives.

Introduced in 1934, this was a class of mixed-traffic locomotive and due to their success, over 800 were built between 1934 and 1951 at various foundries, largely Crewe, Derby and Horwich Works, the Vulcan Foundry, and by Armstrong Whitworth at its Scotswood Works.

The Black Fives were popular with drivers and the public alike.

Stanier’s design was so successful that manufacture continued past nationalisation in 1948. When British Rail designed its new set of Standard locomotives, the Black Five design was incorporated into the BR Standard Class 5MT.