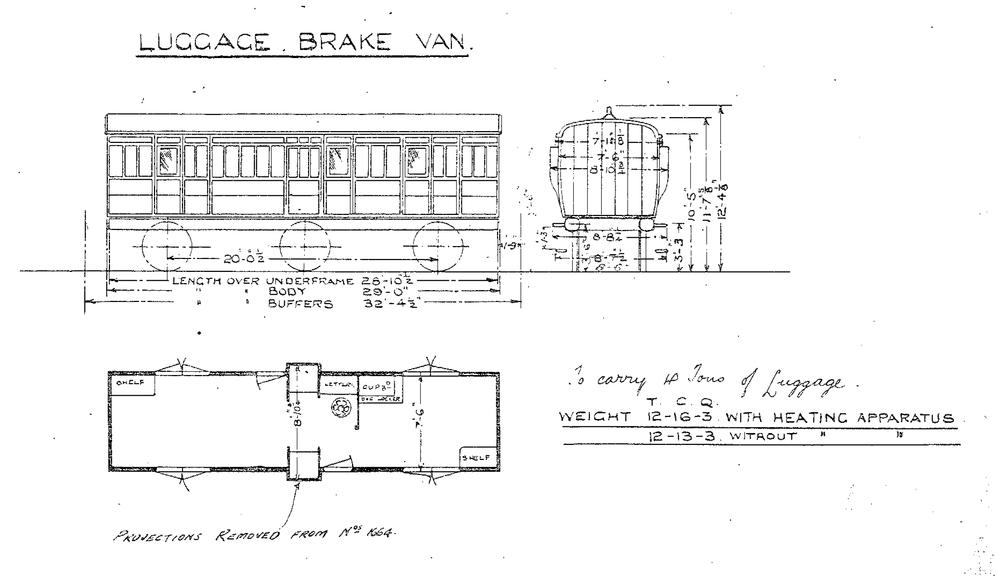 This coach, built by the Great Northern Railway to a design by Mr E F Howlden, is typical of almost all GNR six and eight wheel stock built in large numbers between 1876 and 1896.

The basic design dated back to the inception of the GNR in the early 1860s, when its first carriages were constructed of teak. This concept was then followed rigidly by successive Carriage and Wagon Superintendents, throughout the GNR’s existence and on through the London & North Eastern days until the death of Sir Nigel Gresley in 1941. Even then, Edward Thompson, Gresley’s successor, had his steel-clad coaches finished to look like teak.

The full brake itself was designed for the carriage of up to four tons of passenger’s luggage and had accommodation for a travelling guard. Originally the only source of lighting was from the side riding lights at night, and the four roof lights by day. Later, three incandescent gas mantles were added.

Between 1883 and 1893 over 100 similar coaches were built for the GNR together with a further 30 for use on the East Coast Joint Stock services. The ECJS vehicles, when superseded by more modern designs, were handed down to the GNR.

As far as possible the coach has been restored to the original GNR finish it carried when built. When this carriage was brought in for restoration and the layers of paint and varnish were stripped back, it was discovered that it had been painted variously in LNER Engineer’s Blue, British Railways Red, and Tar Black.