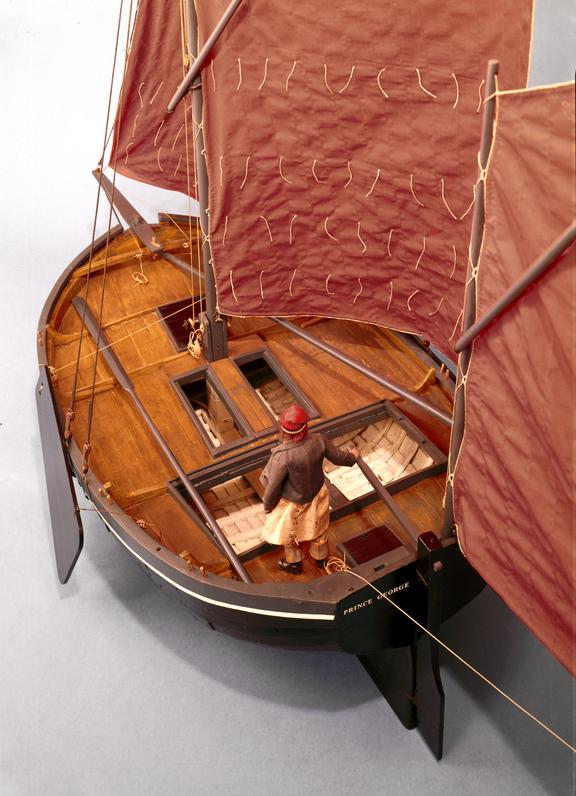 Hog-boats, or hoggies, were the ordinary off-shore decked fishing-boats of the South coast, between Eastbourne and Shoreham, during the 18th and early 19th century.

Their great width, lee-boards and spritsails have caused them to be credited with a Dutch ancestry but the clincher-built hull with a wide stern and vertical transom discounts this suggestion and the short light sprit is quite unlike the long and heavy spar of the Dutch spritsail boats. It is probable that they represent an essential English south coast type, owing their origin to the need for head-on beaching and for hauling comparatively large vessels up a beach, where they had to be supported in safety.

By 1830 two-masted luggers - smaller undecked boats - were already in use for the inshore fisheries and in later years this rig was adopted for the decked offshore boats; nut the luggers of New-Haven, Eastbourne and Hastings always retained in their short, wide hulls a considerable resemblance to the older hog-boats.